You are here: Home > Will we get all the way from Clark Gable to fully immersive entertainment?

Will we get all the way from Clark Gable to fully immersive entertainment?

The best thing about being a filmmaker is getting to sit in dark rooms with smart people and talk about cool ideas.

I got to do it again recently at the Digital Motion Picture Center on Sony Pictures’s lot in Culver City, CA.

I’ll tell you about the smart people I got to talk with in a minute but first I’ll describe the dark room where we met because it’s on an almost direct evolutionary path from Clark Gable to the near shore of Simulated Stimulation.

Once upon a time Sony’s lot was MGM. Sony bought the complex of stages and office buildings in the early ‘90’s and spent a ton of cash making it a modern motion picture production facility.

In a prior life, I worked on Sony’s lot. My office was in the Tristar Building which is way swank on the inside. But it had the misfortune of being designed and built during the ’60′s or ’70′s and, from the outside, looks it. 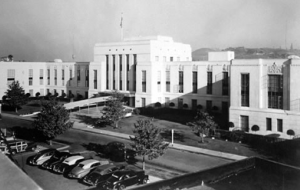 The other buildings on the lot, though, are beautiful. The Thalberg Building, built in 1938, is a Moderne masterpiece.

When you first walk into Stage 7, you can still hear echoes of Clark Gable delivering lines and see shadows on the wall of Buster Keaton pulling off one incredible stunt or another. But today Stage 7 – instead of a dusty old stage with a cool history – is part of the digital revolution in filmmaking. It’s the home of Sony’s Digital Motion Picture Center. 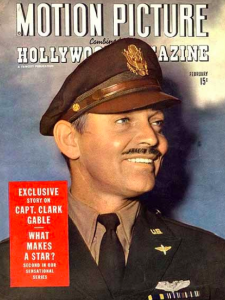 Sound stages are soundproof, dark, open and BIG. Even though Sony’s DMPC had hung some strategically placed duvateen curtains around their movie screen, when I sat in one of the 10 or so plush movie theater seats I felt exposed with all the shadowy, unfilled space surrounding me.

But when the house lights went down and the screen lit up I forgot where I was anyway.

Red, blue, green and yellow light wrapped around the El D’s curves so sinuously that my eyes felt like organs of touch instead of sight (which felt good!).

At a blackjack table in a casino, Flawlessly Beautiful Woman turns over a playing card to find a surprise. Instead of a normal playing card graphic, she sees an image of the face of a Native American man emerging from a rock formation. 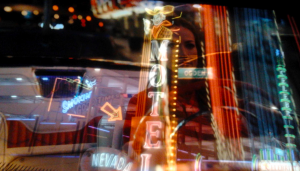 Look closely. She’s in there.

The next day she drives out into the desert surrounding Las Vegas and happens onto a rock formation that looks exactly like what she saw on the playing card the night before.The story is engaging enough for a short film but the plot isn’t the point of this movie.

The point is how the images, photographed by our host Curtis Clark with Sony’s sparkly new F65 CineAlta Digital Motion Picture camera, change the way you experience movies.

Curtis’s images were shot and projected at 4k (4000 pixels of information in the horizontal axis) and looking at them is a way different experience than watching the same movie on motion picture film or on an inferior digital format. Watching images shot on Sony’s F65 camera is like looking at another reality – except better, bigger and clearer than any other reality I’ve yet to see.

Curtis, who was Director of Photography for Dominick and Eugene, Triumph of the Spirit and some other very good movies, both directed and photographed El Dorado. He invited my biz partner Tim McGovern, my pals Frank Foster and Timothy Huber and me to the Digital Motion Picture Center to check out the images from Sony’s new camera. 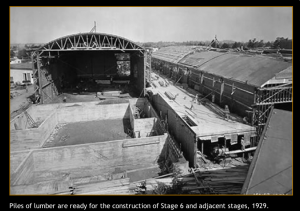 The MGM stages under construction in the ’20’s.

The conversation that ensued after watching Curtis’s film was one of those amazing Hollywood moments that happen only when you get all the right people into the room at the right time.

Tim McGovern won an Academy Award for visual effects, was a pioneer of computer animation and is now a writer and director.

Frank Foster is one of the originators of previsualization and the director/producer of the feature length documentary The Story of Computer Graphics. He first produced that picture in 1999 and has been updating it ever since.

Timothy Huber is a self-taught movie industry technoid who, along with Doug Trumbull, is rebuilding the technical foundation of the motion picture business.

Oh yeah, and the engineer who led the team that developed Sony’s F65 camera, Kazuo Endo, was in the room too. 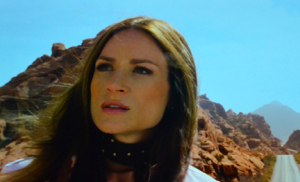 Our conversation revolved around the question, “How much more than real does it make sense to take motion picture technology?”

The utter absence of grain in the images that Curtis shot with Sony’s new camera gives the moving pictures a feeling of magnified reality that even 65mm film can’t match. (Full disclosure – I never saw a Showscan demo)

The swirling grain patterns of motion picture film, while mesmerizing, also identify the image to your eyes as a two dimensional construct.

The images from the Sony F65 camera, by contrast, have no grain at all. The specifications for the camera include a signal to noise ratio and a lot of smart technical people liken digital noise to grain.

However, I couldn’t see any noise at all in the panoramic vistas of desert nor in the close ups of the actress nor in the reflections of colored light that caressed the curves of the black El Dorado.

Some of the images filled my brain so completely that I started having those feelings you get in your gut when you look over the edge of a cliff.

Watching the images was like looking at a different, and better, reality through a three-dimensional hole in space cut by the light from the projector.

The effect isn’t so complete that you lose all sense that you’re sitting in a theater watching a movie – but it’s getting there. 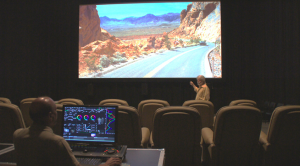 Images so highly refined, however, do have a significant drawback.

As gorgeous as the actress in El Dorado is, having my brain so full of her face was disconcerting. I found myself wondering if her jaw line was really that sharp or if she’d had plastic surgery or if she’d done some kind of face muscle exercises to tone her jaw muscles.

The face of the Native American man carved into the rock was very obviously a visual effect. The texture on the added “face part” of the rock didn’t match the texture of the real rock.

In another, more forgiving format, I wouldn’t have been wondering about those deficiencies (if you can call having a sharp jaw on a beautiful face a deficiency). 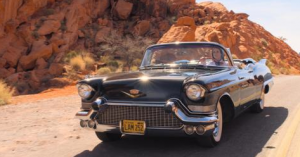 If the story of El Dorado had been more complex, the RAM in my brain might have been filled up enough that I wouldn’t have thought so much about whether the textures on the rock face matched well enough. (Actually, that visual effect would have popped me out of the movie anyway – it’s not up to standard)

Curtis, Kazuo, Frank, Tim McGovern and Timothy Huber talked a lot about the technologies that Sony had to wrangle – and some that they’d had to invent – to get the F65 camera to render such broad ranges of light and color.

But soon our conversation turned to frame rates. Curtis shot El Dorado at 24 frames per second and, even at that standard frame rate, his movie had an uncanny 3D quality. 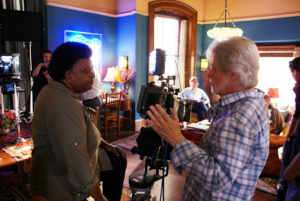 Curtis Clark teaches a lucky student how to use the F65.

Timothy Huber is working with Doug Trumbull on a new generation of camera and projection technology that will use 120 frames per second to photograph and project feature motion pictures.

I haven’t seen any footage shot with Doug and Timothy’s new technology but, if it magnifies reality even more than the footage we saw in El Dorado at Sony’s DMPC, then entertainment is well on its way to becoming immersive.

By “immersive” I mean so sense filling that it becomes, or nearly becomes, the audience’s entire universe of awareness.

Simulated Stimulation, or “SimStim”, is the novelist William Gibson’s idea for a future entertainment medium in which there’s a direct connection between an electronic device and a person’s brain. Gibson calls these electronic devices “cyberdecks”. A cyberdeck is something like a DVD player that can record and play back the full sensory experience of an actor including sight, sound, smell, touch and taste.

The person who experiences SimStim has all of her senses fully engaged as if she were experiencing life through the senses of the actor.

Johnny himself uses a cyberdeck in the movie Johnny Mnemonic (a movie for which I produced the Cyberspace Sequences) though I wouldn’t call it the best example ever of that idea. 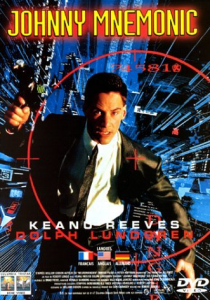 As immersive as they are, the images that I saw at Sony’s Digital Motion Picture Center are a step of movie evolution on a path that does NOT lead directly towards Simulated Stimulation.

I may change my mind after seeing imagery shot and projected with Huber and Trumbull’s 120 frame per second technology. But cameras like Sony’s F65 are taking us toward a moviegoing experience that will be a little less immersive than SimStim even if it’s vastly more immersive than even 3D Imax films are today.

And not being 100% immersive might be what audiences want. Instead of the solitary emotional experience that Gibson imagined, motion picture entertainment may be headed towards what every movie theater chain ceo dreams of – a mesmerizing experience shared by crowds in dark rooms but not so mesmerizing an experience that audience members aren’t aware of and enjoying that they’re sharing it.

And a deeply felt but also shared experience might be just what movie audiences will buy tickets to have.

Here’s some interesting links I ran across:

Here’s a link to an article by Debra Kaufman at Creative Cow about Sony’s amazing new camera.